The best tools for a Road Warrior – Portable Apps for developers

In the first part of a series of articles about the best tools for a Road Warrior, I looked at Productivity tool’s  and in the second part of the series I looked at communication and collaboration tools the third part was development tools for road going developers and now in the forth and final part of the series I’ll be looking at portable apps for developers which you can fit on a handy USB memory stick and carry around with you at all times. I’ve found Ive used these alot when working at IDR Solutions.

WinSCP Portable Edition is a SFTP, FTPS, FTP and SCP client for Windows package a Launcher as a portable app. It is an option source application that offers file transfer between a local and a remote computer. WinSCP also offers some extra options such as the scripting and basic file manager functionality. It is only available on Windows.

FileZilla is one of the most popular FTP client packages, and the best thing about it is you can take your server list and settings with you wherever you go. FileZilla is a fast and reliable FTP client with lots of handy features. It supports resuming of both downloads and uploads, timeout detection, firewall support, SOCKS4/5 and HTTP1.1 support, SSL, SFTP and is very intuitive to use with a drag and drop interface.

Portable Cyberduck is the Cyberduck FTP and SFTP (SSH Secure File Transfer) browser with an easy to use interface, integration with external editors and support for many Mac OS X system technologies such as Spotlight, Bonjour, the Keychain and AppleScript.  Its small size will ensure that you can carry it anywhere, on your USB memory stick, cloud, ipod and more,.

It Is a small program size, and has a small footprint and a very “green stance” with trying to reduce the world carbon dioxide emissions by using less CPU power meaning reduce power consumption, resulting in a greener environment. 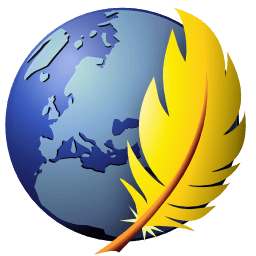 KompoZer Portable is a very easy to use, open source WYSIWYG HTML, it is an easy-to-use web editor similar to Microsoft Frontpage or Dreamweaver. It is based on the same Gecko engine that powers the Firefox browser and Thunderbird email client. It come with alot of features such as an FTP site manager, color picker, tabbed interface, CSS editing, standard-compliant markup, fully customizable interface, and a built-in spellchecker. There is is an unofficial bug-fix release for KompoZer but it is no longer developed or supported.

Astyle CSS Editor is CSS editor that allows you to design style sheet (CSS) code from a visual interface. It includes standard settings, so it’s easy to work with, for users with less experience in web design. There are two panes, where you can navigate directories and view CSS code. It is possible to add groups, selectors and themes, as well as delete items or change their type.
There is also other functionality such as add files, directories, media and properties, and you can add comments. The useful items for users are search function, moving CSS code up and down in the list, inserting tables, customize font settings, preview code, and others.
It uses very low CPU and RAM but the downside, is that it has not been updated for a very long time.

HTTP File Server is an easy to use drag and drop file server It can be run as a standalone executable and does not require any installation. The program is very easy to use and you can customize the port it is running on, choose an IP address and monitor connections.
Shared Files are presented on a simple HTML page, that includes the file name and size. With some HTML knowledge, you can completely customize the HTML template

PuTTY is a lightweight free implementation of Telnet and SSH for Windows and Unix platforms. It comes with an xterm terminal emulator. It allows you to securely connect to your systems while on the go.

The WAMP Server is a lightweight server solution for running a web server under the Windows. It includes the latest versions of Apache2, Perl5, PHP5, MySQL5, phpMyAdmiUniform Server is a complete Windows Apache MySQL PHP (WAMP) portable server package. It can be used as a production or live Web Server and is capable of hosting Websites directly from a portable device.

XAMPP is an integrated server package of Apache, mySQL, PHP and Perl (the AMPP in XAMPP) that all run from a removable drive. XAMPP is feature rich and comes complete with web, database and FTP server package for Window. It also comes in a “lite size” which leaves off the additional packages and sticks to Apache, mySQL, phpMyAdmin, SQLite and related packages resulting in smaller sizes, the downside is there is no upgrade packages for XAMPP Lite like there are for XAMPP.

GIMP is a free and complete graphic editor, a great replacement for Photoshop. It is freely distributed and is useful for web designers and for other things such as photo retouching, image composition and image authoring. It has many capabilities, from being an alternative to paint, photo retouching program, an online batch processing system, a mass production image renderer, an image format converter and more.

Hopefully you’ve found this Road Warriors series useful, if you havent checked out the previous ones in the series just click below.

What are your favorite development tool for being on the move? Let us know.

One Reply to “The best tools for a Road Warrior – Portable…”