Last month saw the Wearable Technology Show in London come to a beginning and an end for another year.

With the way in which that technology is constantly evolving around us, it is beginning to play more of a important role in our every day lives.

Wearable technology is fast approaching and won’t be long before it becomes the norm for us all.

What is Google Glass?

Google Glass is a optical head mount that has no lenses at the moment, although it has been in talk with RayBan and Oakley . Google Glass has a tiny piece of glass above the right side of the users eye which the user can use to view things such as directions, recipes, messages from their mobile device and so so so much more. It is an advance piece of technology which a lucky few already have their hands on as part of the explorer program. If you are an american citizen and over the age of 18 you can sign up for here and they will let you know when a space becomes available. When the Google Glass is later  released, it could set you back around £300- £500. 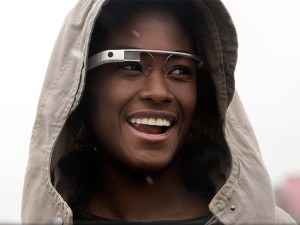 CuteCircuit are modern upto-date fashion designers who design clothes for both men and women. They have created wearable technology to a whole new level, giving modern designers a run for their money. Some of their outfits include the iMini skirt which has 3000 little LED lights which light up depending on which setting or display mode you have chosen via the mobile app on your mobile phone. The app works via bluetooth and allows you to fully customize your clothes with preset settings. This has proved popular to Katy Perry who wore the iMini Skirt at the last iTunes Festival. 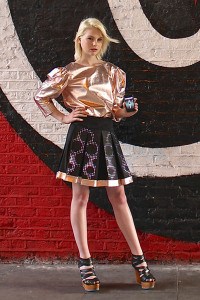 vrAse was originally a Kickstarter project which was started by Louise Bankhead in 2013. But what is vrAse I hear you say? vrAse turns your mobile device into the ultimate 3D gadget for gaming, watching films and augmented reality.You use it by downloading any content which is SBS (“side by side”) ready. Slide your device into the case and away you go. How it differs from other 3D software, vrAse creates the 3D image, by sending each eye its own information. Like this you get perfect 3D visuals and you can enjoy for hours without getting your eyes strained. 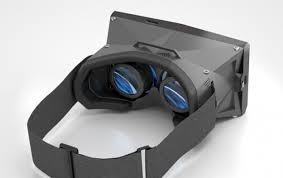 Autographer is a custom built hands free camera which enables you to be spontaneous and go about your day without worrying about having to capture those special moments because it does it all for you, automatically by pushing a single button . This custom built camera has 8GB of internal memory and a 136 degree eye vie lens and 5 inbuilt sensors. The camera allows you sync up to your smartphone App so that you can preview and browse all of your images. 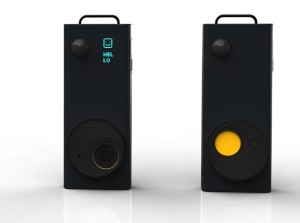 Pebble was originally a Kickstarter project which allowed users to let their watch connect to their iPhone or Android smartphone. Pebble allows users to control their music, control how far/ how fast you have run it even allows users to view the caller ID if their phone is ringing in their pocket. This handy wearable piece of technology was the first of its kind back in July 2011. Over the years Pebble have been updating the product to make it look a little more fashionable. A pebble watch now days will set you back around $150 – $249. 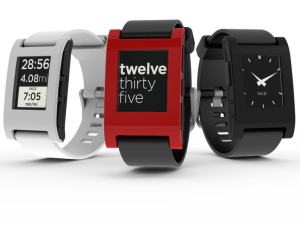 This isn’t something that we would all maybe rush out to buy but it is a very clever piece of wearable technology. Although this is still under development at the moment, the smart contact lens has a small wireless chip, which will will test the wearer’s tears for his or her glucose levels which helps to calculate blood sugar levels for diabetics. 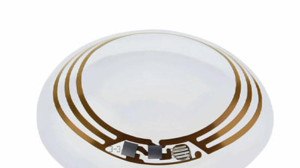 These new Snow2 Googles allows snowboarders/ skiers to be able to track their speed, jump analysis, different routes, their altitude you can even track other family members when your on the slopes via GPS. 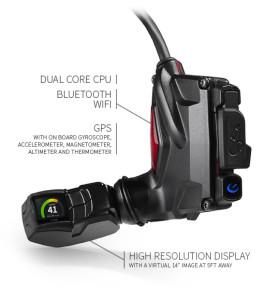 This new chip that has been created by named Edison is a dual-core 400MHz Quark processor running Linux in the form factor of a SD Card, for example this chip can be put into a child’s onesie which has sensors on it, and those sensors measure the babies breathing rate and temperature . 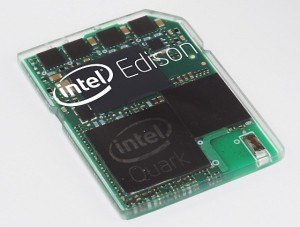 These aren’t just a pair of shoes, these are a pair of insoles which leads you to the location of your choice without having to always look at your mobile device. These shoes are linked up to your mobile device that when you need to turn left or right the insole will vibrate on the correct foot. this means no more bumping into people and being able to take in all of your surroundings.

By drawing in the air, Ring allows the wearer to create gestures, in the same way the use can access apps by drawing certain shapes in the air, for example, drawing a music note in the air would allow you to open up whatever app controlled your music player, and similarly, drawing the outline of an envelope would open your emails!

There’s a vast amount of possibilities for Ring, from controlling the lights and TV in your home to maneuvering a remote controlled helicopter in the air, all with the swipe of a finger. 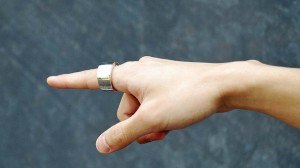 Are you a Developer working with PDF files?

Sophia Howard Sophia Howard is part of the Marketing, Sales and Website development team at IDRsolutions
« Tutorial : How to Setup Key Combinations in JavaFX
Major change to Color performance in newer Java releases »

5 Minutes with the NetBeans Connector

Here at IDRSolutions we like to use the NetBeans IDE on a day to day basis to work on the development of our JPedal...

Recently, I have been working on improving mobile support in the content produced by our PDF to HTML5 converter. One problem that I have...