Why you should care about Unicode support in Java 9

Here at IDRsolutions we are very excited about Java 9 and have written a series of articles explaining some of the main features. In our previous Java 9 series article we looked at the Garbage Collector in Java 9. This time we will be looking at Unicode support.

Java has always had support for Unic 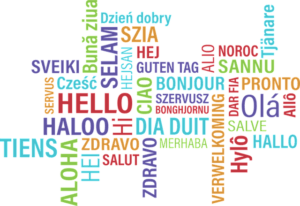 ode, which allows Java to easily support multi-byte charsets such as Korean, Japanese or Chinese while still remaining compact on systems where 256 characters is more than enough (for example most European languages). The Unicode format continues to be developed and enhanced to provide support for more and more languages and this brings Java forward. Unicode 8.0 is the current release and there is now a draft specification for Unicode 9.0.

Why is it important?

Using Unicode allows you to write programs for an international audience. Let’s say, for example, you wanted to use Java to access a file written in Multani (the most common dialect of Saraiki, one of the languages spoken in Pakistan). In Java 8 this file would not be displayed correctly, but Unicode 8 (and therefore Java 9) supports this script.

Using the newest version of Unicode allows Java to keep up to date with the internationalisation improvements the industry is seeing.

What changes will we see in Java 9?

Are there any characters or languages you would like to see supported in future versions of Java?

We got the latest on Java at the Code One conference. You can find our notes from the talks here.

Bethan Palmer Bethan is a Java developer and a Java Champion. She has spoken at conferences including JavaOne/Code One, DevFest and NetBeans days. She has a degree in English Literature.
« G1GC – Java 9 Garbage Collector explained in 5 minutes
Why HTTP/2 Client in Java 9 is important »