Christmas reading – Dawn of the New Everything by Jaron Lanier 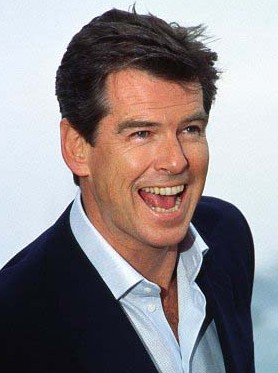 If you thought all there are no longer any really cool and interesting people in Computing, you need to meet Jaron Lanier. Part prophet of the future, part musician, Jaron’s life and works looks more like a movie than real life. Indeed many people think he was the inspiration for Pierce Brosnan’s character in the film Lawnmower man – virtual reality meets Stephen King!

If you are looking for a book to read over the festive season, I would strongly recommend ‘Dawn of the New Everything’ by Jaron Lanier.

In 1984 Lanier became one of the founders of VPL Research, the first startup to manufacture and sell Virtual Reality technology. Before reading this book I thought of VR as a new, futuristic technology. And although it has only become viable to sell it commercially fairly recently, Lanier and others had been working on it for decades.

‘Dawn of the New Everything’ is part memoir and part explanation of the technical aspects of VR. The way it jumps from personal recollections to technical descriptions can be quite confusing and disorienting (a bit like VR, in fact). Lanier clearly sees the world in an unusual way; he is both a writer and a computer scientist, a businessman and musician. The mixture of creativity and interest in technology, which make him perfectly suited for creating VR, also means his writing is varied and interesting.

There is a lot of discussion in the book about giving in to the corporate world, and wanting to keep control of a project while not wanting to become one of the ‘suits’. Lanier was at first reluctant to start a company, wanting to keep his VR work as an art project, and did not feel comfortable as a CEO. He acknowledges that it is ironic that he now works for Microsoft. The journey from being a goatherd in rural New Mexico to becoming a part of the corporate world makes an interesting read.

If you want to read a book where you learn about technology, but which doesn’t feel like you are reading a manual, ‘Dawn of the New Everything’ is a good choice. I would certainly recommend it as an interesting read for the holiday season.

Watch how to use our PDF Viewer JPedal

Bethan Palmer Bethan is a Java developer and a Java Champion. She has spoken at conferences including JavaOne/Code One, DevFest and NetBeans days. She has a degree in English Literature.
« Companies we admire that work remotely
4 Tips for remote working from the remote worker’s perspective »