Book Review: Future Politics (Living together in  a world transformed by Tech) by Jamie Susskind 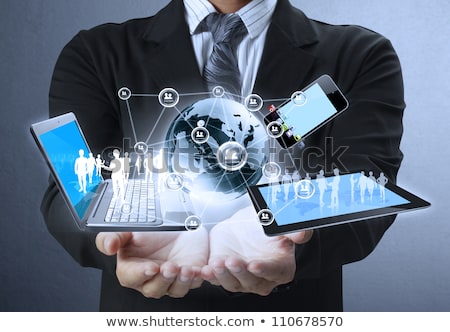 The latest book by Jamie Susskind is a must-read for anyone who wanders (or worries) how technology might change and impact society. Richard Susskind (his father) has been writing about the impact of technology since the 1980s and this book brings it to bang up to date with a detailed look at how technology (and social media) are changing society, power and politics.

The book is separated into six sections which give you a feel for the topics covered:-

A central repeating theme of the book considers how technology has advanced and in particular the speed, reach and sophistication of technology. Technology is more pervasive, more powerful and has far more data to work on. Machines are becoming increasingly prevalent and increasingly autonomous, with the power to make more critical decisions. The book gives the example of your self-driving car choosing to serve into another lane to avoid a child and killing you and the person in the oncoming vehicle. The author is not a luddite in any sense (he frequently points out that self-driving cars will be safer). His concern is that this life and death decision could be handed to a black box without due consideration.

A reoccurring theme of the book is advances in technology and its use in our world is putting increasing power and decision-making capabilities into the hands of machines and private corporations. The aspect of fake news is considered and there is a lot of thinking on the issues. I found the particularly interesting the discussion on ‘the politics of politics’ – there is the real power in controlling the agenda for discussion.

While very techie-savvy, the book is also a really nice introduction to these themes in general. There are quotes and references to lots of previous writers such as Alexis de Tocqueville, Frederick Nietzsche, and even George Orwell). You cannot have a book on the future without some quotes from Nineteen Eighty-Four!

The section on Democracy looks at the original concept of Athenian Democracy, explores the different ideas of Democracy since and examines how technology can both enhance and hinder them.

The section on power covers the different types of power covering power to (which leads to liberties and freedom) and power over (which in the future will mean force, scrutiny, and perception-control via increasingly technical means).  A useful way of thinking of types of power is to think about power as one of force, coercion, influence, authority, and manipulation. Digital technology is making the exercise of power much easier (for example cars which cannot break the speed limit). But a major concern is now that power is being literally codified and this code is not being scrutinized. Neither is it clear how the code works.

As a historian, one of the trends I find most interesting is how states and governments rapidly monopolized the control and use of force because this was the major lever of power. This has not happened with technology yet and much of that power is still in the hands of private companies such as Facebook.

Unlike some other writers such as Jaron Lanier, Jamie Susskind does not attend to offer a solution to these complex issues. But he does provide a detailed chronicle of the present state of play and what decisions society needs to make.

I really enjoyed this book and if you are interested in technology and the future of our world, I think you will too…

Mark Stephens Mark has been working with Java and PDF since 1999 and is a big NetBeans fan. He enjoys speaking at conferences. He has an MA in Medieval History and a passion for reading.
« Book Review: This is MARKETING – ‘You can’t be seen until you learn to see’ by Seth Godin
Did you know that the Basecamp Playbook is on GitHub? »