Why HTTP/2 Client in Java 9 is important 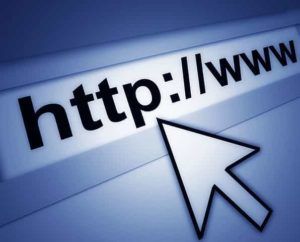 In our previous Java 9 series article we looked at the changes to Unicode support in Java 9. This time we will be looking at HTTP/2 support.

With the introduction of Java 9 we are receiving many new features and improvements. One of these is the introduction of the class HTTPClient which supports HTTP/2. Currently there are libraries out there that can provide support for this but the intention here is to introduce HTTP/2 support natively via a new API for handling HTTP connections.

I have mentioned HTTP/2 a couple of times already but you may not know what this is. HTTP has been in use for quite some time with HTTP/1.1, which came about in 1997, being the version that is in common use. In 2015 HTTP/2 was standardised and there are many differences and improvements. Whilst I touch on some of these improvements later on the full list of changes is too long to fully discuss here. If you want to read some more about HTTP/2 you will find more information on the Wikipedia page.

What changes are being made?

The original HTTP handling API in Java was written back when HTTP/1.1 was a new shiny thing. It was written to be agnostic, supporting many different types of connections using the same API. Over time the uses of HTTP have evolved but the Java API has not kept pace with it. So for Java 9 a new API been introduced that is cleaner and clearer to use and which also adds support for HTTP/2.

To make a request it is as simple as getting your client, building a request and sending it as shown below.

For comparison here is the same functionality in the current API.

As you can see the new API takes half the number of lines and in my opinion it is much clearer what is happening in the top example than the bottom.

In the above code the top example uses httpClient.send(…) which will block until it has completed. This is not always desirable, if only we could send request and then check in for a response from that request later, calling it in an asynchronous manner. Well you can.

The request continues in the background allowing the code to continue on to other tasks. The returned CompletableFuture object can be used to determine whether the request has been completed yet and provide you access to the HttpResponse once it is complete. Should you desire you can even cancel the request before it completes.

Should you wish to receive a response as something other than a String there are BodyHandlers for that such as the ones below. As shown earlier these are used as a second input to the HttpClient.send and HttpClient.sendAsync methods.

Now that works really nicely for the basics, but what if you wish to add further configurations to you request or you client? Well that is what we have builders for.

Where are my options?

In the first example you will have seen HttpRequest.newBuilder(). This creates a builder which is used to build the request (there is a similar method for HttpClient). The builder can be chained to create a request or client as we did in the first example. To see what options can be set you just need to look at the HttpClient.Builder and the HttpRequest.Builder classes, the methods are self explanatory.

In general these new methods have been introduced in order to make using this functionality much easier and allows the code to be more readable.

And why is this important?

The original HTTP connection API came about around the same time as the HTTP/1.1 specification back in 1997. Over the last 20 years the way the internet is used has changed. To accommodate this HTTP and the way it is used has been improving to try and keep up with the demand. Unfortunately the Java API for handling HTTP had not been keeping up with the pace.

With the introduction of the new API we now have simple ways to create HTTP connections that will be easier to maintain, faster and can allow for a more responsive application without the need for third party libraries.

We got the latest on Java at the Code One conference. You can find our notes from the talks here.

Kieran France Kieran France is a programmer for IDRSolutions in charge of there internal test suite. In his spare time he enjoys tinkering with gadgets and code.
« Why you should care about Unicode support in Java 9
How HTML5 Javadocs in Java 9 will make your life easier »